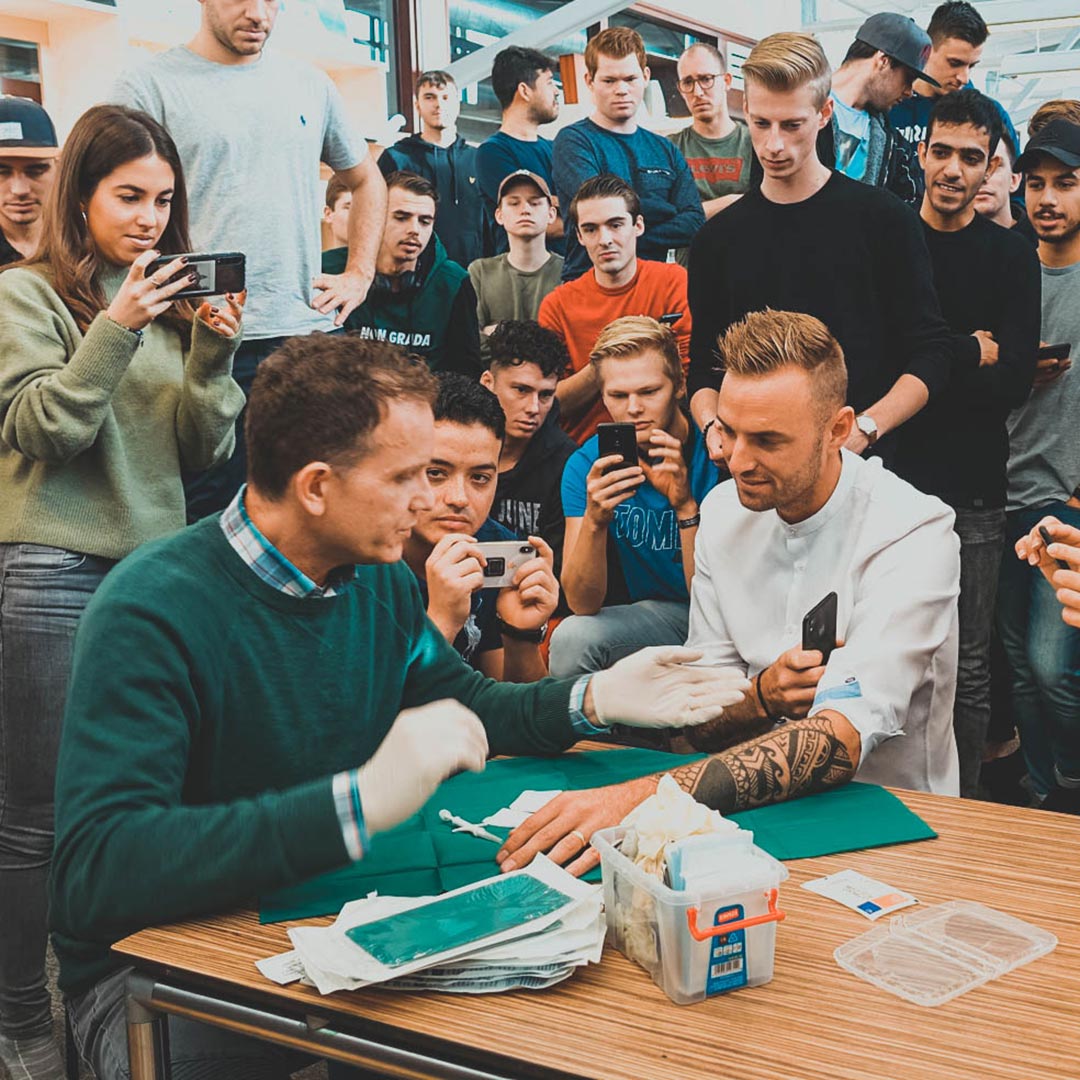 Dr. Patrick Kramer implants a chip in the hands of our founder and students from Embrace TEC.

In November 2019, Jochem Goedhals came up with the idea of being 'biohacked' and students from EmbraceTEC followed his example. At the biohacking day at Pulsed, Dr. Patrick Kramer implanted a 12mm silicon chip into the hands of Goedhals and two students, Ijsbrand Geutjes and Sam Mensnik.

As Jochem explains “In our minor, we integrate technology into human or social situations, the chip was put mainly to explore the ethical sides, rather than the technological one. Like the resistance it evokes in the environment.” Admittedly, it brings back memories of many a science fiction film. Why would you want to go that way as humanity? “The stigma is still great. People think that you can always be followed, that they can hack you ”, says Geutjes. He admits that he regularly fiddles with that one centimetre long rod just under his skin. "The ignorance about technology makes people afraid of it," adds Mensink. “That applies to all change, including cultural or religious,” says Goedhals. “You have to take people with you every step of the way so that it becomes accepted and integrated.