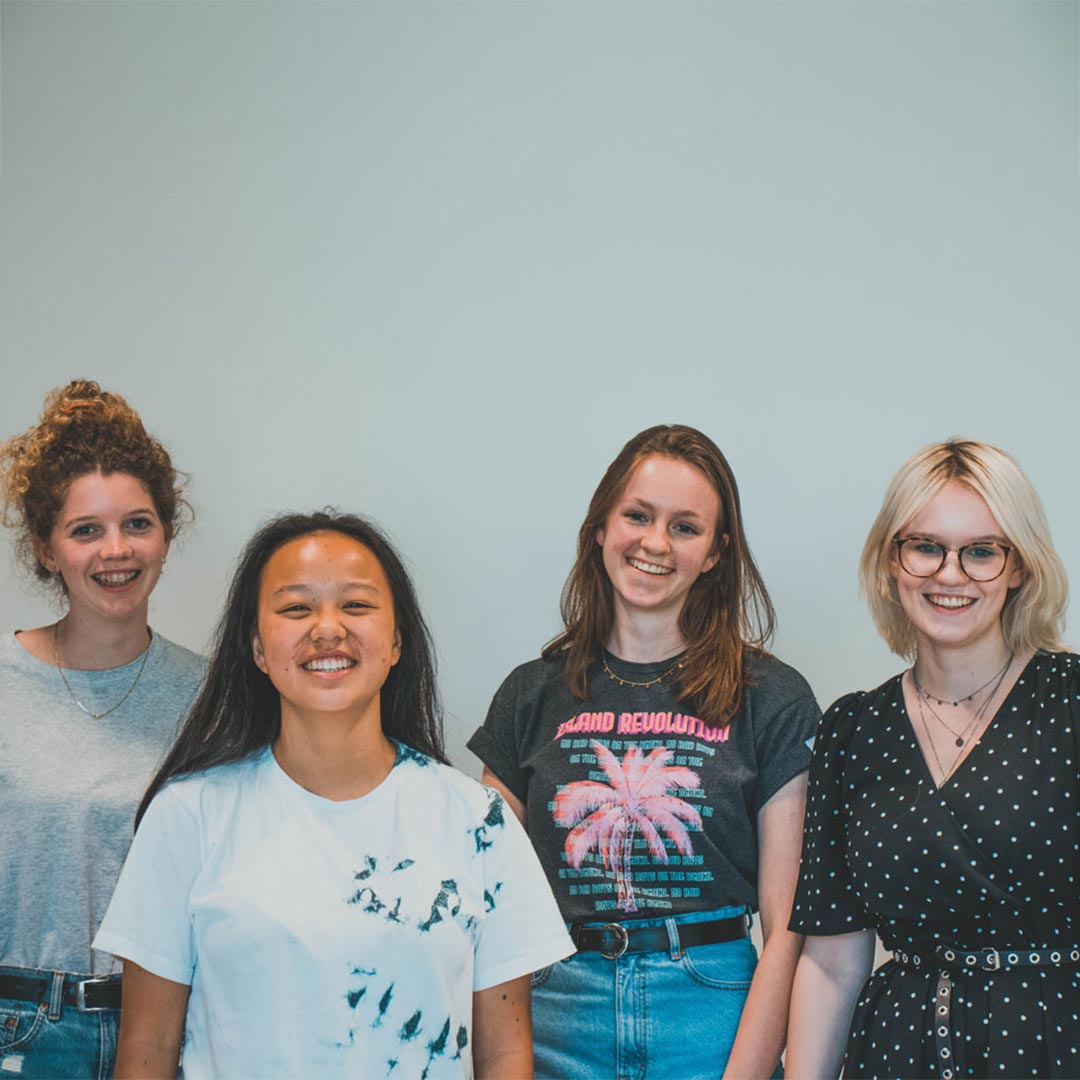 We are 4 girls from Empower who were working on a challenge to contribute something for the city of Eindhoven. But that is still quite difficult because what is “something”. After we had brainstormed together and various ideas came out of this, Nienke came up with the idea to spread positive quotes in Eindhoven. This idea came up because Nienke herself was also inspired by a positive quote she saw at a bus stop.

‍This gave her such a nice feeling and you wish that on everyone.

We started thinking ahead about how we can implement this idea on a large scale in Eindhoven. We wanted to make it an active activity, but not too difficult for the people in the city.

In the end we came up with the idea that resulted in what it is now. We made cards from paper on which we wrote positive quotes ourselves. We have written them by hand on purpose because that is a lot more personal. On the back of the cards is a short explanation of who we are and what you can do with the card. You can send us a photo of the card via ourInstagram (@meaningfulyou_) or to our Gmail (meaningfulyou3@gmail.com). This way we could keep track of how many people received a card and what they thought of it. Then you can pass the card on to someone else so that everyone gets the positivity.

At the time of writing, we have already received a lot of nice comments and photos from many different people, and we are so very grateful for that. We plan to expand it considerably, because everyone deserves a little positivity. We hope you continue to follow our journey. Here you will find our documentary in which we show our process steps and spread our positivity:  https://www.youtube.com/watch?v=Kxrg_rtE7Xs