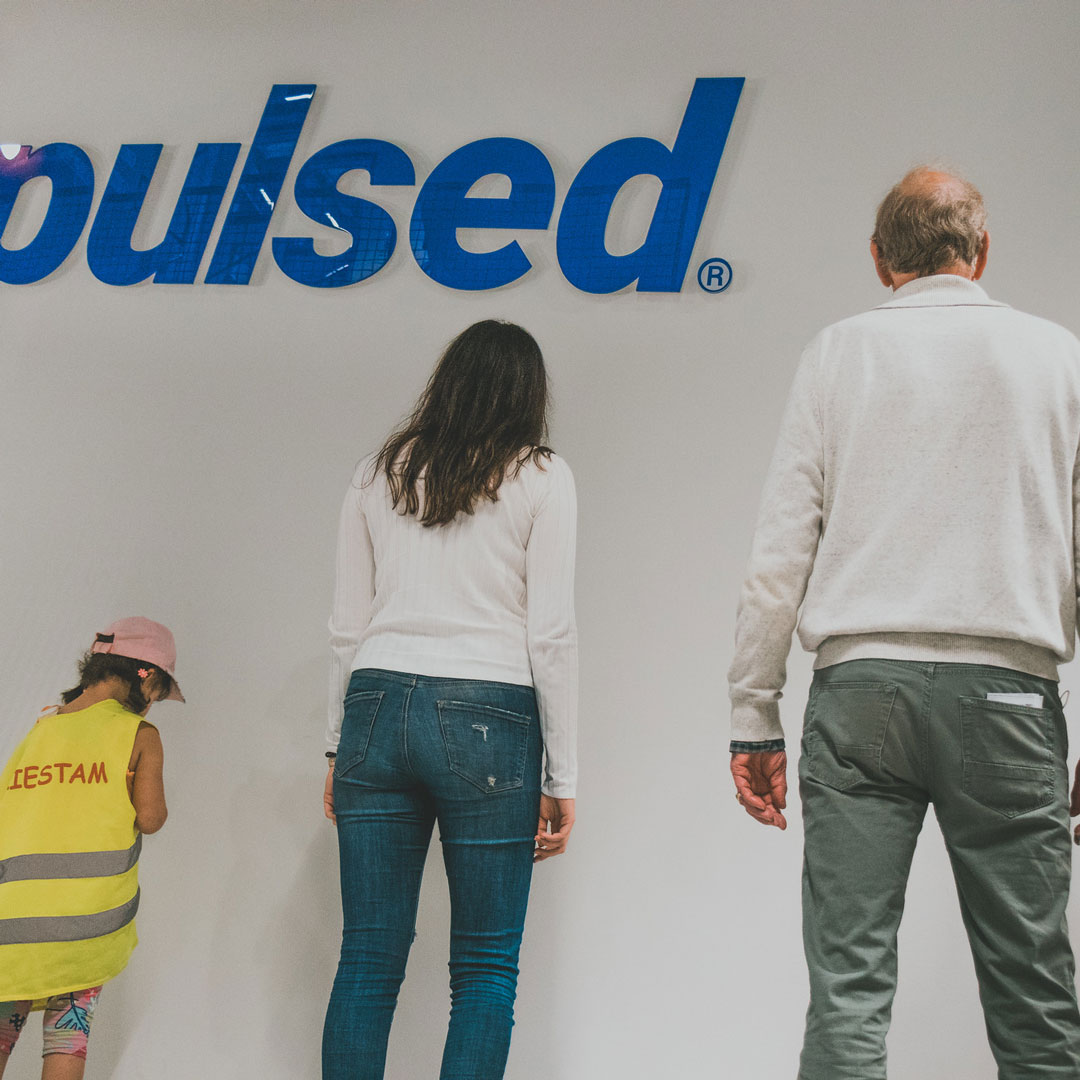 Find out how 3 hard to connect generations came together at Pulsed. Below you will read more about the process the students went through during the challenge and see what the kids and elderly who tested, think of the shitty robots!

We have collected a story from 3 out of the 15 student groups who build a shitty robot, a comment from a pensionado and a noted down a couple of comments the kids were screaming when they came over. Enjoy reading!

The Shitty Dice Robot was made for our “shitty robot challenge” we made a robot that throws the dice of a board game when you press the button.

The start of the challenge was very different than other school challenges I did in the past. School projects at Fontys were usually for at least 10 weeks in a group of 5 people. The first part of a project was always the most chaotic because there is no planning. That was also the main difference from regular projects and the robot challenge. There was just a very short period of time available for building this robot and we didn’t have a lot of experience with Arduino and programming.

When I look back at the challenge, I feel satisfied with the final result of our robot. The beginning was a bit awkward because there was this list of group names, and I didn’t recognise any of the names in my group, so it was already hard to even find my group mates. The problem was quickly solved when I started shouting the names of my group mates.

After a short introduction with my team for the next two weeks we started brainstorming about our robot. We were told to contact a group of pensionado’s to plan some kind of interview. The interview started way earlier than expected so we were not able to ask everything we wanted but it was a nice conversation about them liking to play board games with their grandchildren. When we started thinking about our robot ideas it was soon very clear that we wanted to make a dice thrower.

If I should describe the challenge in two words, it would be improvising and teamwork. There are so much ideas at the start but not knowing each other and the available amount of time made it very hard to make everything we wanted in the beginning. But most of all we learned a lot of different methods and techniques like programming, 3D-printing and laser cutting that will be very useful in the future.

For this challenge my group had to build a robot for toddlers around the age of 5 to 6 years old. We had 5 days to build this shitty robot and at the start we really had no idea what to do. We started brainstorming about what we liked as kids and what were the most important things the robot needed to have. We concluded that the robot didn’t need to work the best, but it had to look cool and be indestructible. So, with these specifications and the specification from the Pulsed team that the robot must have a playable element, we started to form an idea.

The idea that unfolded was a robot that played animal sounds, which the toddlers then had to guess which animal made that sound. Every time an animal sound played, three options showed up and the toddlers could hit one of the three big buttons which each stood for a different animal. The process to create this robot was difficult sometimes, but we got it to work which was a big win for us.

Then the toddlers actually came and played with the robot. The first group that came were children a bit older than expected, around 7-8 years old, which was perfect because some already could read. With the second group toddlers it was a bit more challenging because they couldn’t read so we had to say which button represented which animal. But at the end some of the toddlers just started to smash random buttons. We all think the toddlers loved the robot, and another win for us was that the robot was still operational and in one piece after the toddlers left!

The shitty robot challenge was interesting because we reformed groups the first day, and after that we were the biggest group of 8 people. However we still didn't have any technical members in our team, so that was the biggest issue we had to tackle. We got help from someone outside of our team, which ended helping us out a lot on the technical parts of this challenge.

The other thing we were facing was that we had an idea originally, and were ready to start building, but still wanted to check with Stella just to be sure. She was like … guys it's really big though … it won't be easy to move around.

Right after that we started brainstorming again and we came to a revised idea pretty quickly. We fixed the prototype fast with the help of our technical friend. And we even had quite some time to spare in the end. We used this time to hang out together and get to know each other better. In the end our target group also really appreciated the idea.

My first contact with the students took place during an online interview. I thought it was a nice conversation in which the students were looking for possible ideas for the robot that they had to develop. The students were well prepared and tried hard to get a better picture of my life as a pensionado. When they found out everything they wanted to, our interview ended and they started building.

During the showmoment a week later, I was not only able to try out the robot that had been developed specifically for me, but also several other robots that were made by other groups for other pensionados. There were some extremely interesting robots among them that should certainly be developed further by the students in the future.

What I liked most about my participation was the contagious enthusiasm of the students. They were involved, serious and showed genuine interest in me as a user, but first-most as a person.

Comments from the kids

“Is that an elephant made out of an apple ?!”

“Our miss looked while we screamed as loud as we could, normally we aren’t allowed too!”

“I like it a lot, but it is still a bit frightening.”